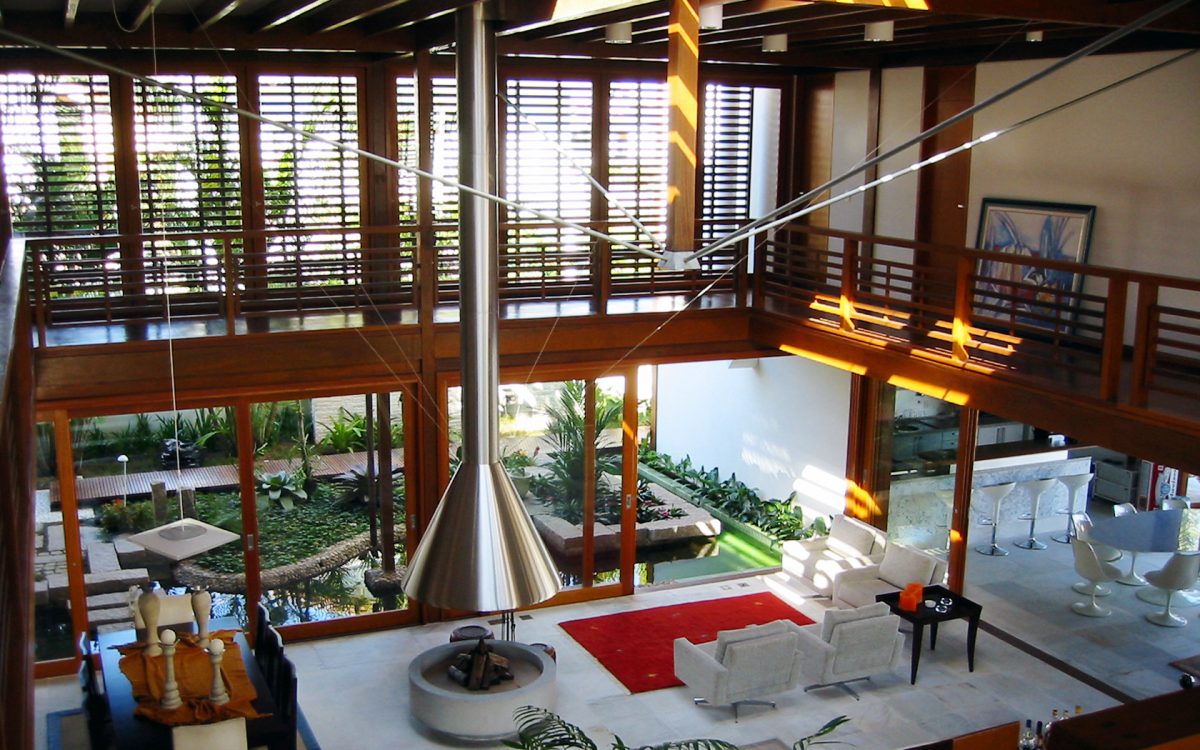 On the north coast of São Paulo state, the house occupies three flat lots with 400,00m² each, totaling 1.200m², in a private condominium of houses. In order to receive, family and guests at the same time on weekends, common living and leisure generous spaces were created. A wide central area arises from the union between the two parallel blocks. It is from this central area, withdrew from the buildings’ perimeter, with double high ceiling and privileged views of all rooms, where everything happens and everyone gets together. The two wooden walkways that connect the two blocks serve as an overhang, protecting the wide windows of the living area and shadowing the room. A large glass opening in the center of the roof lets daylight in to the building allowing insolation from the inside out. 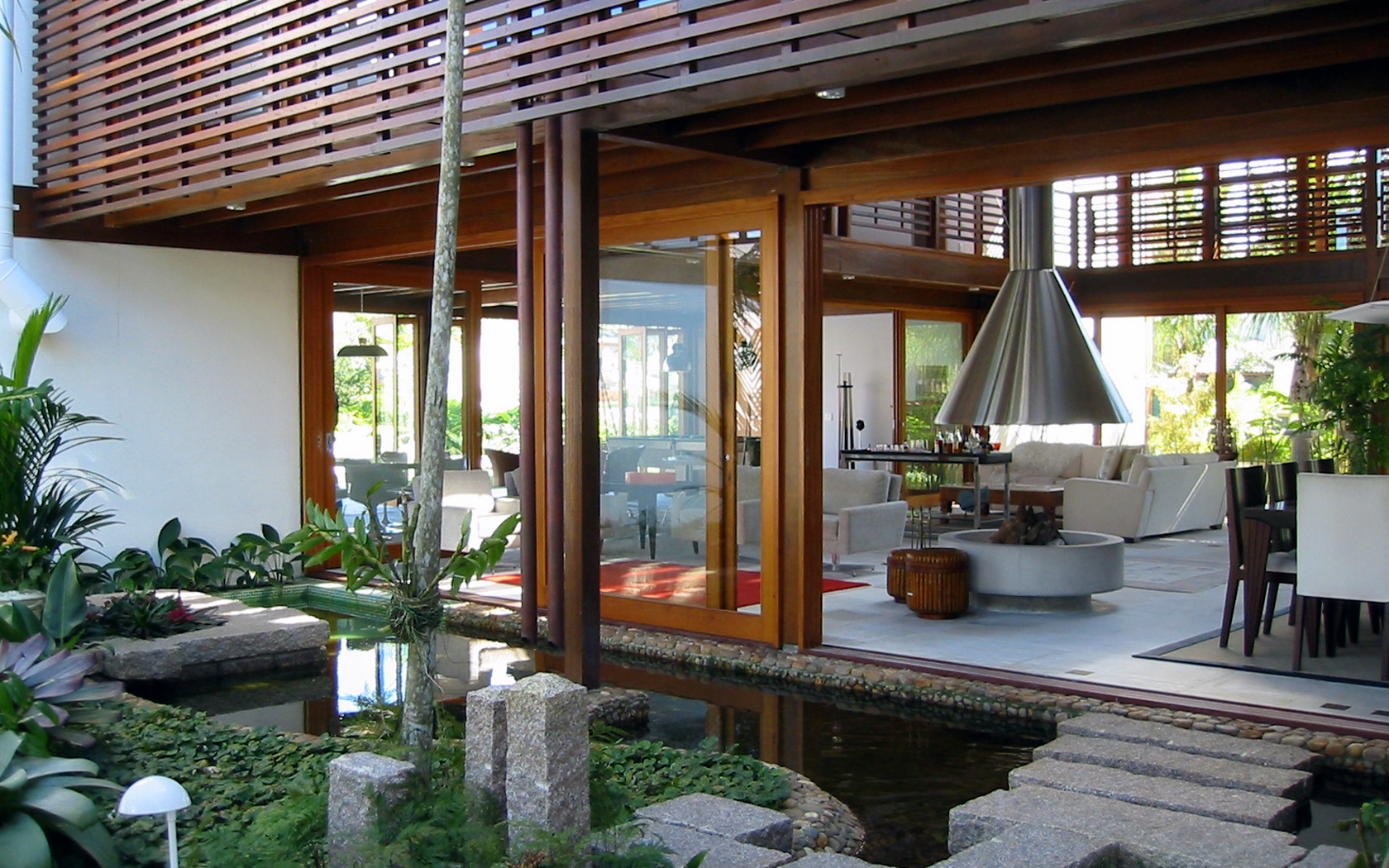 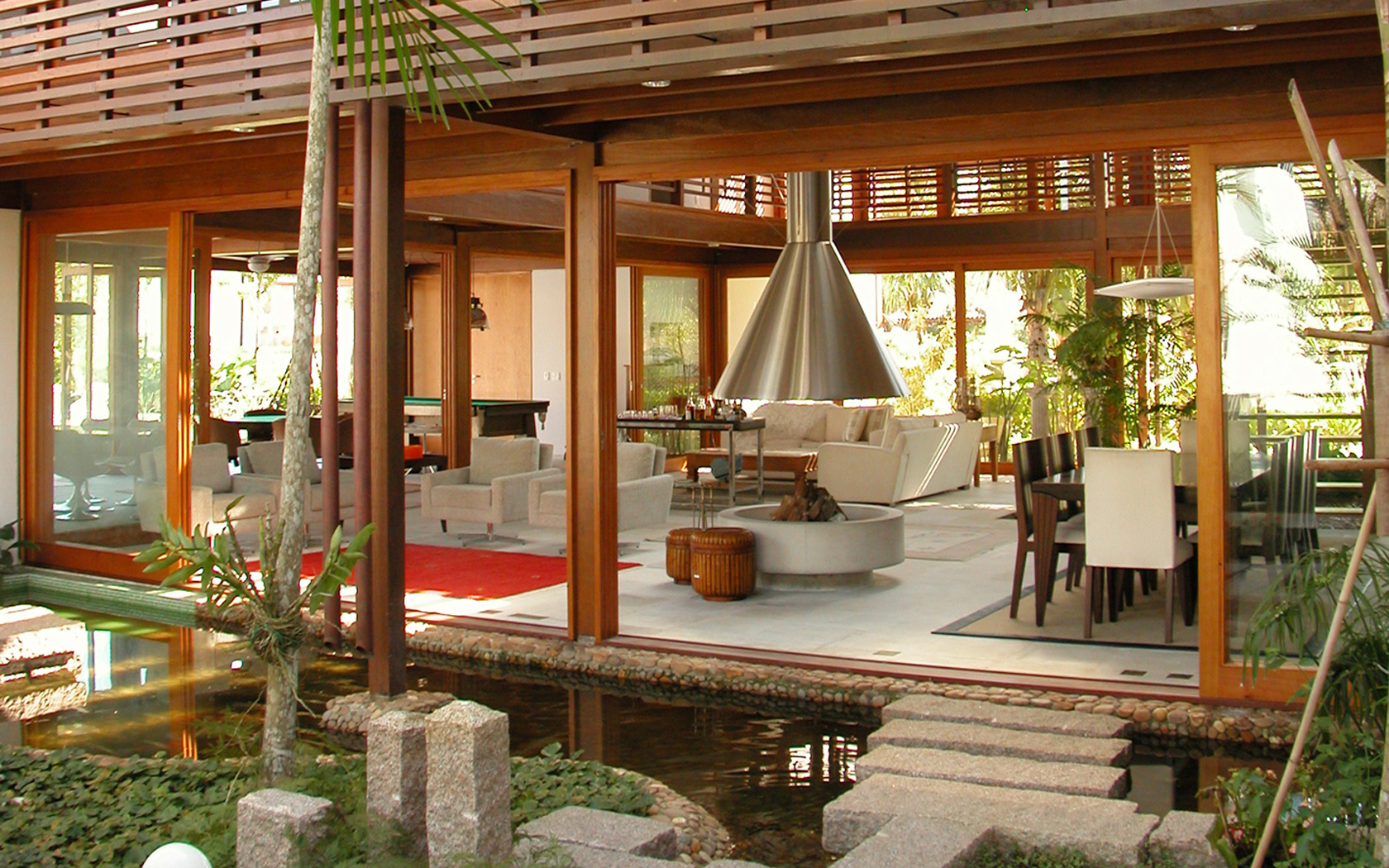 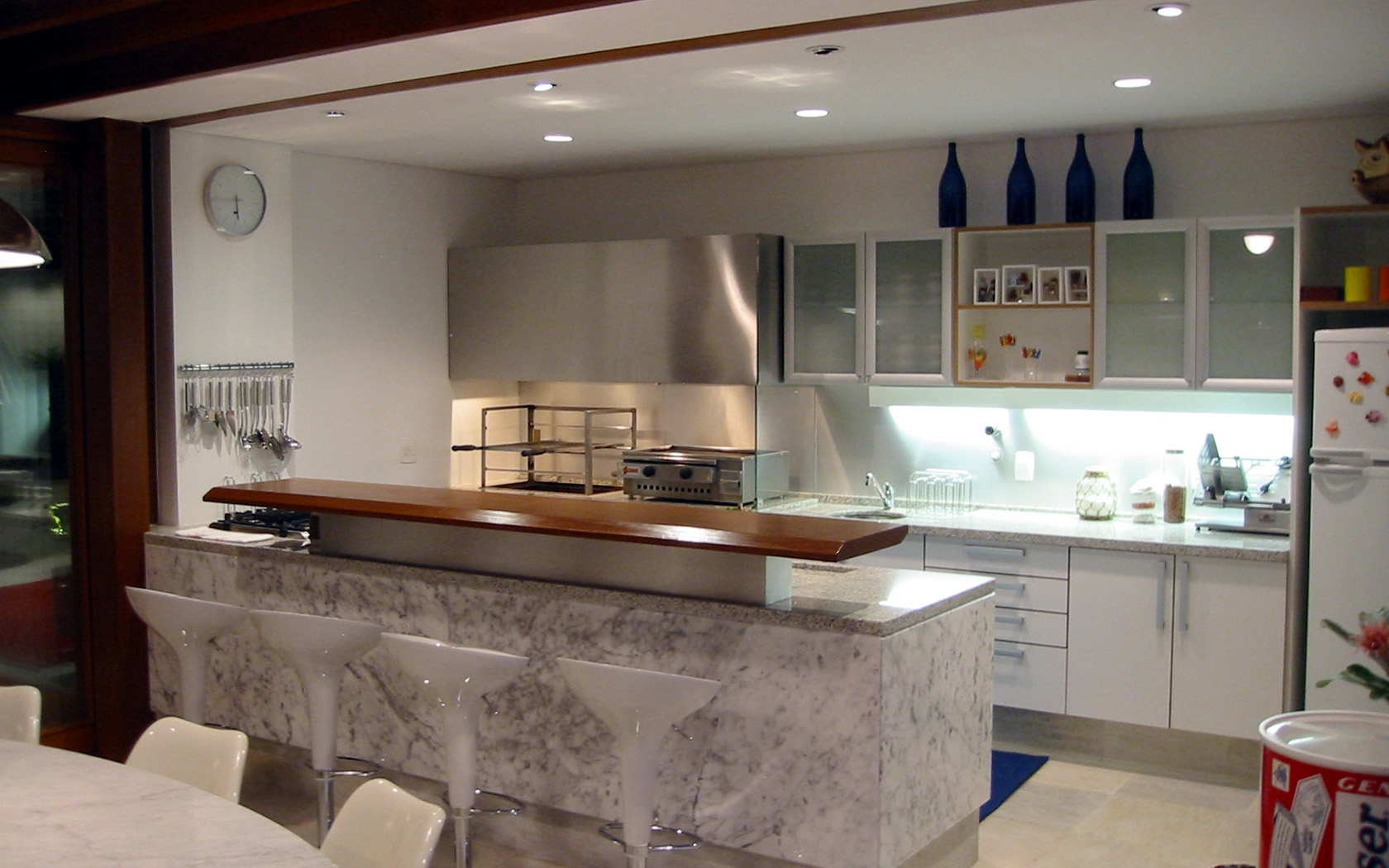 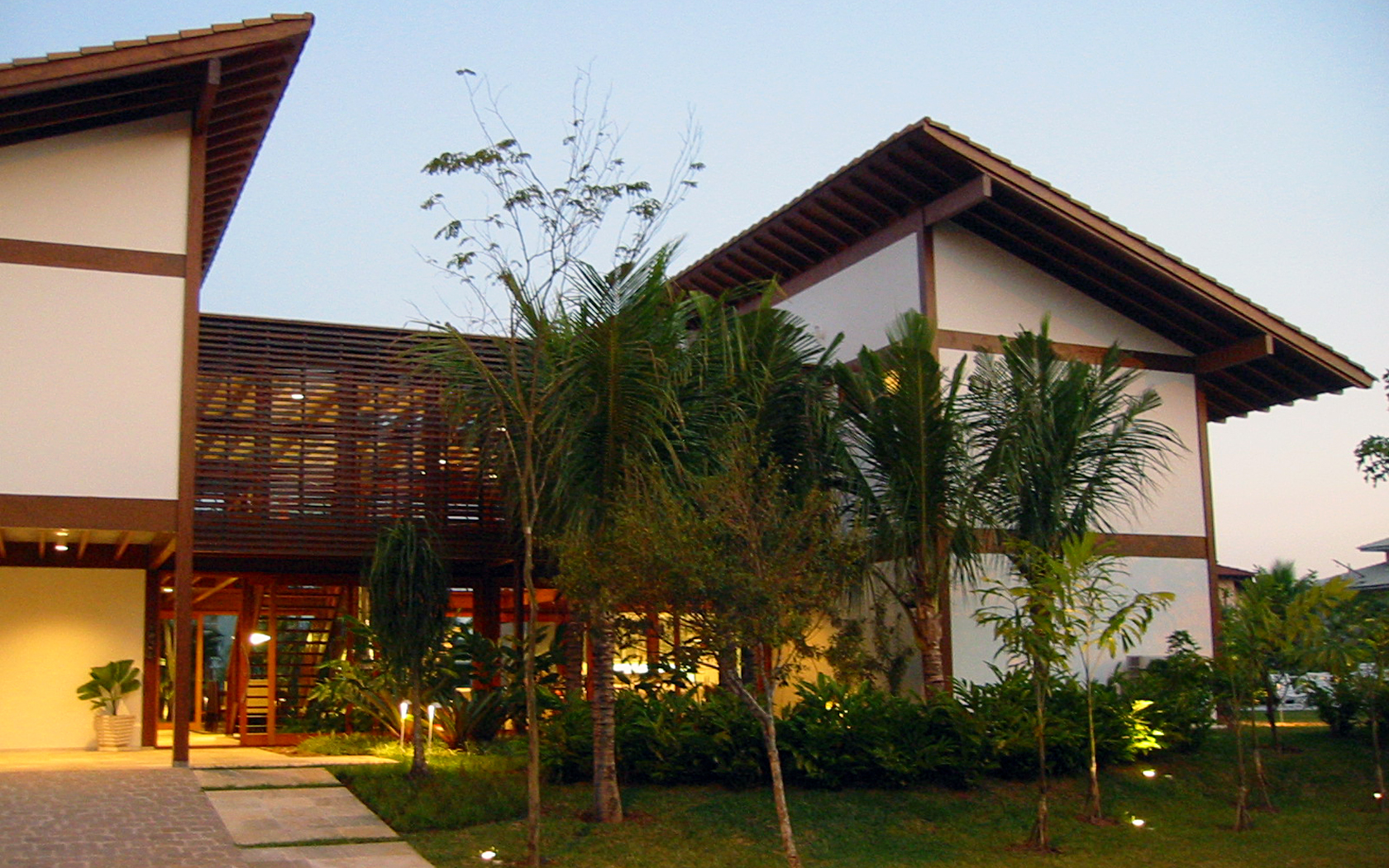 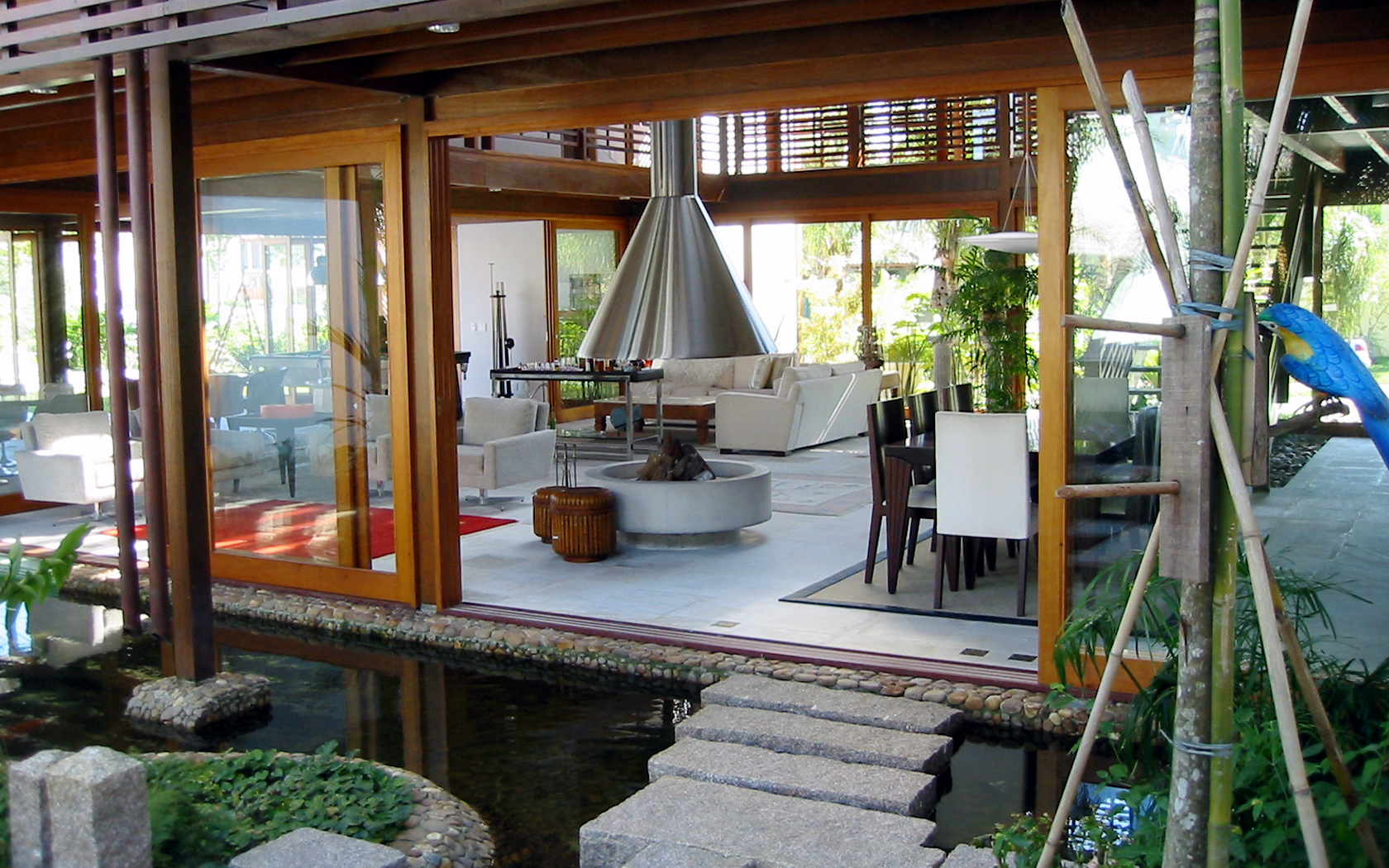 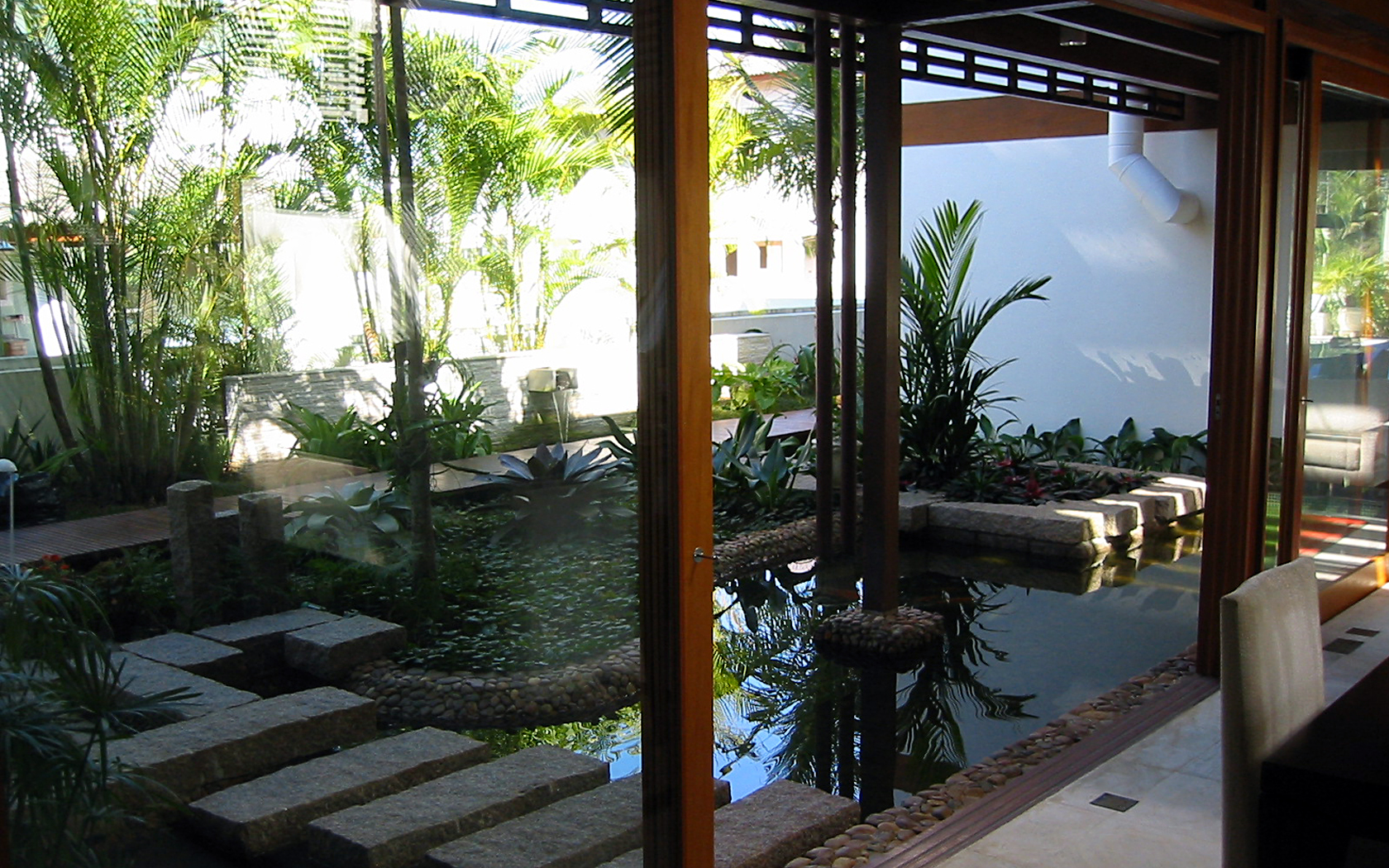 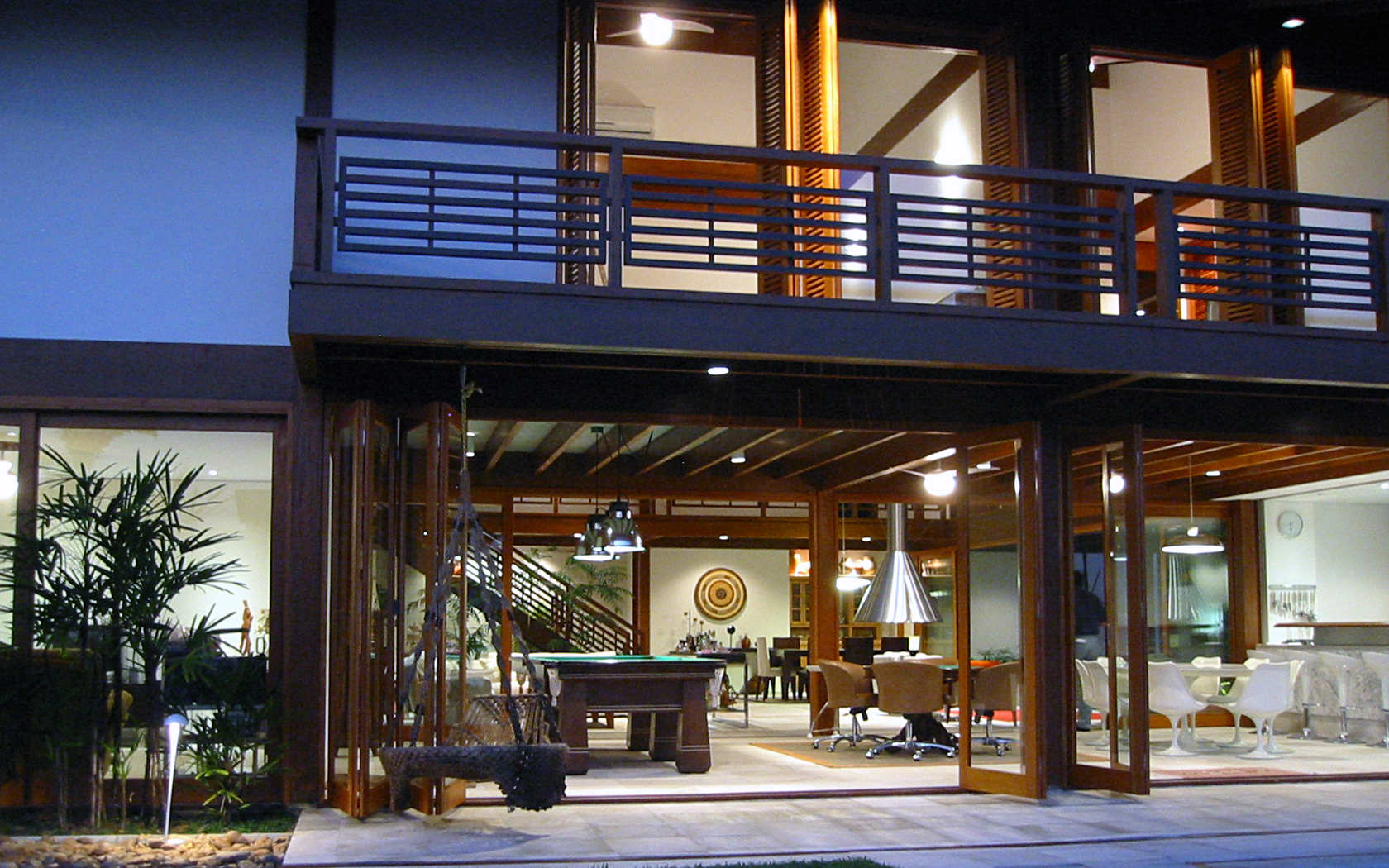 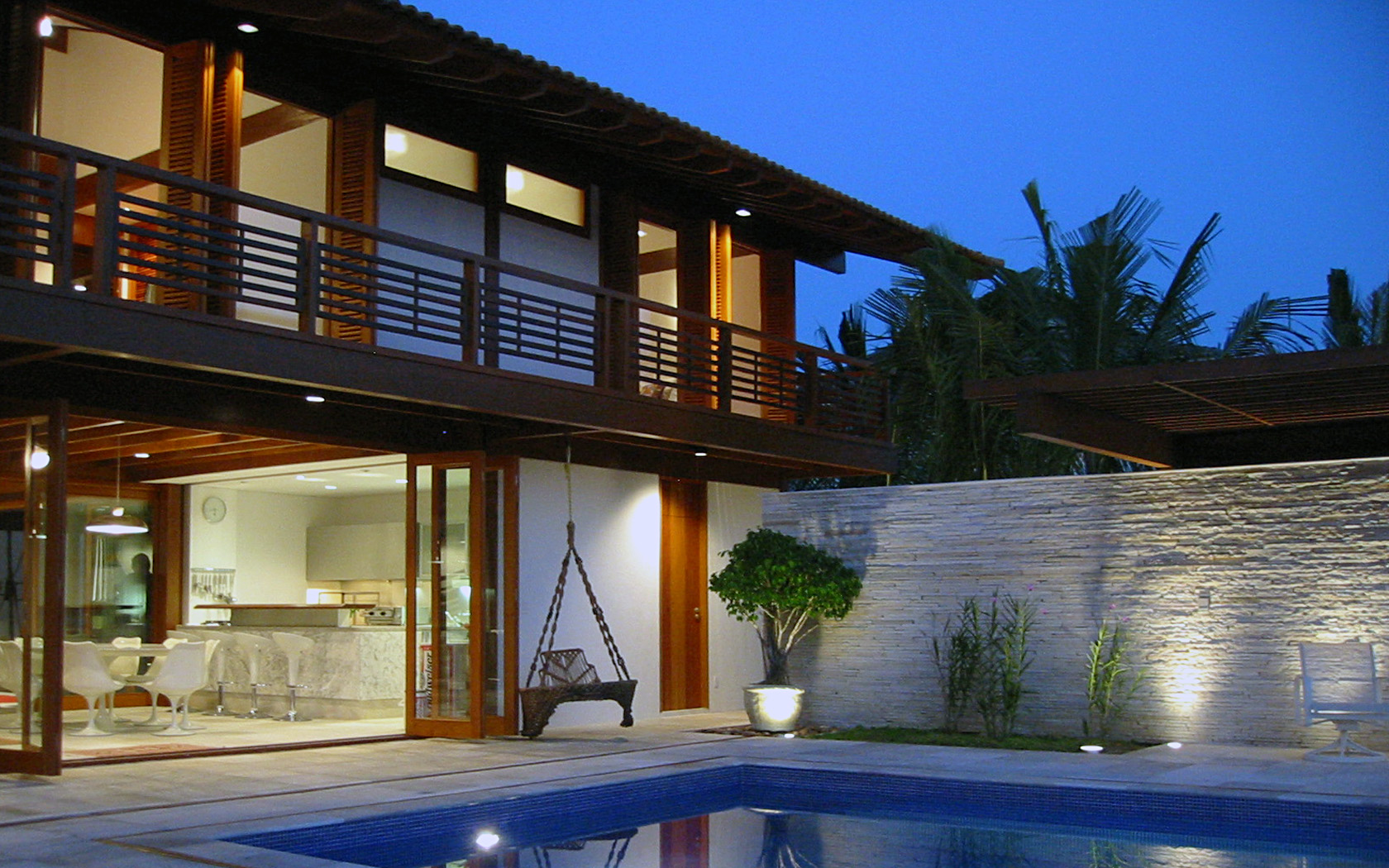 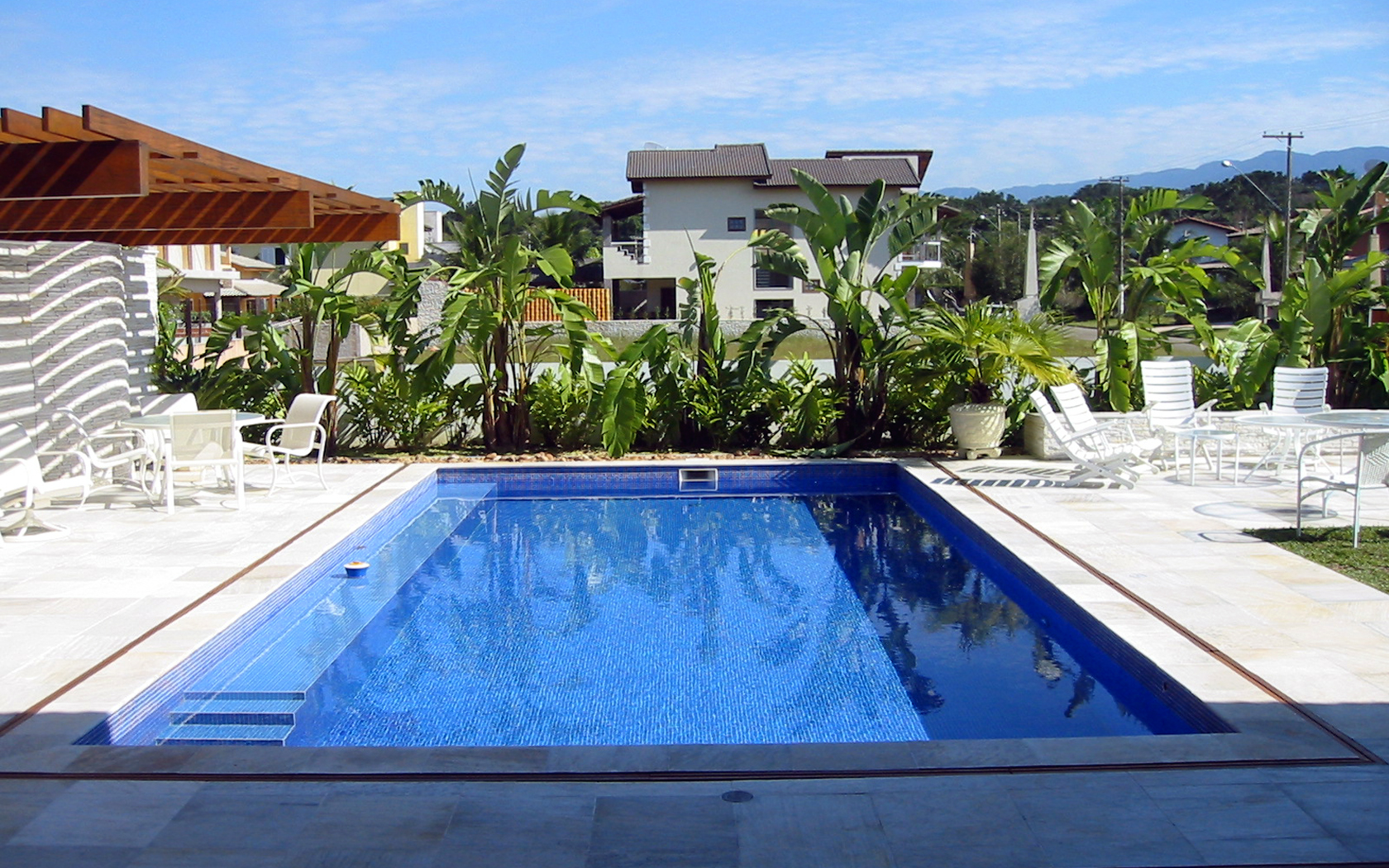 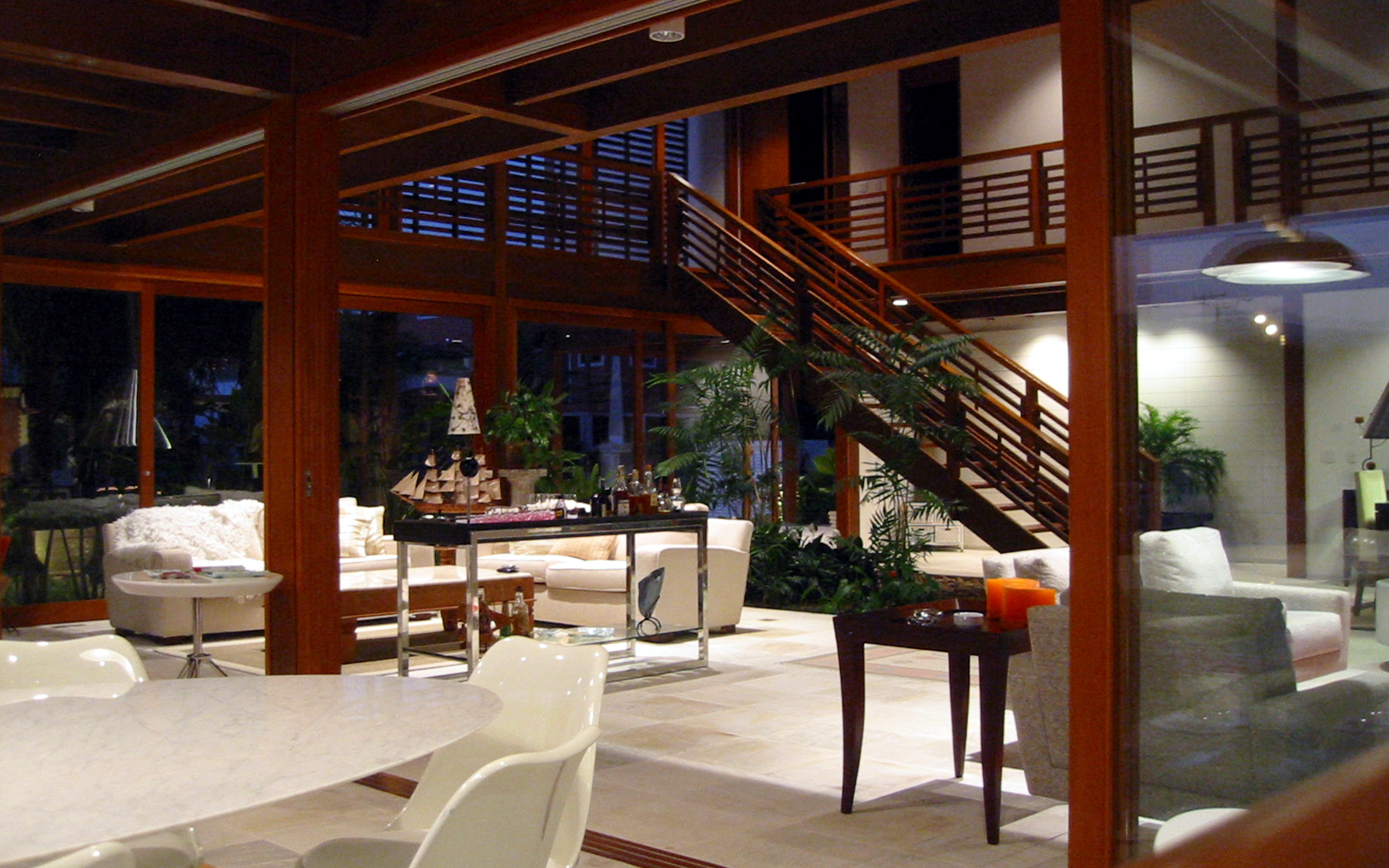 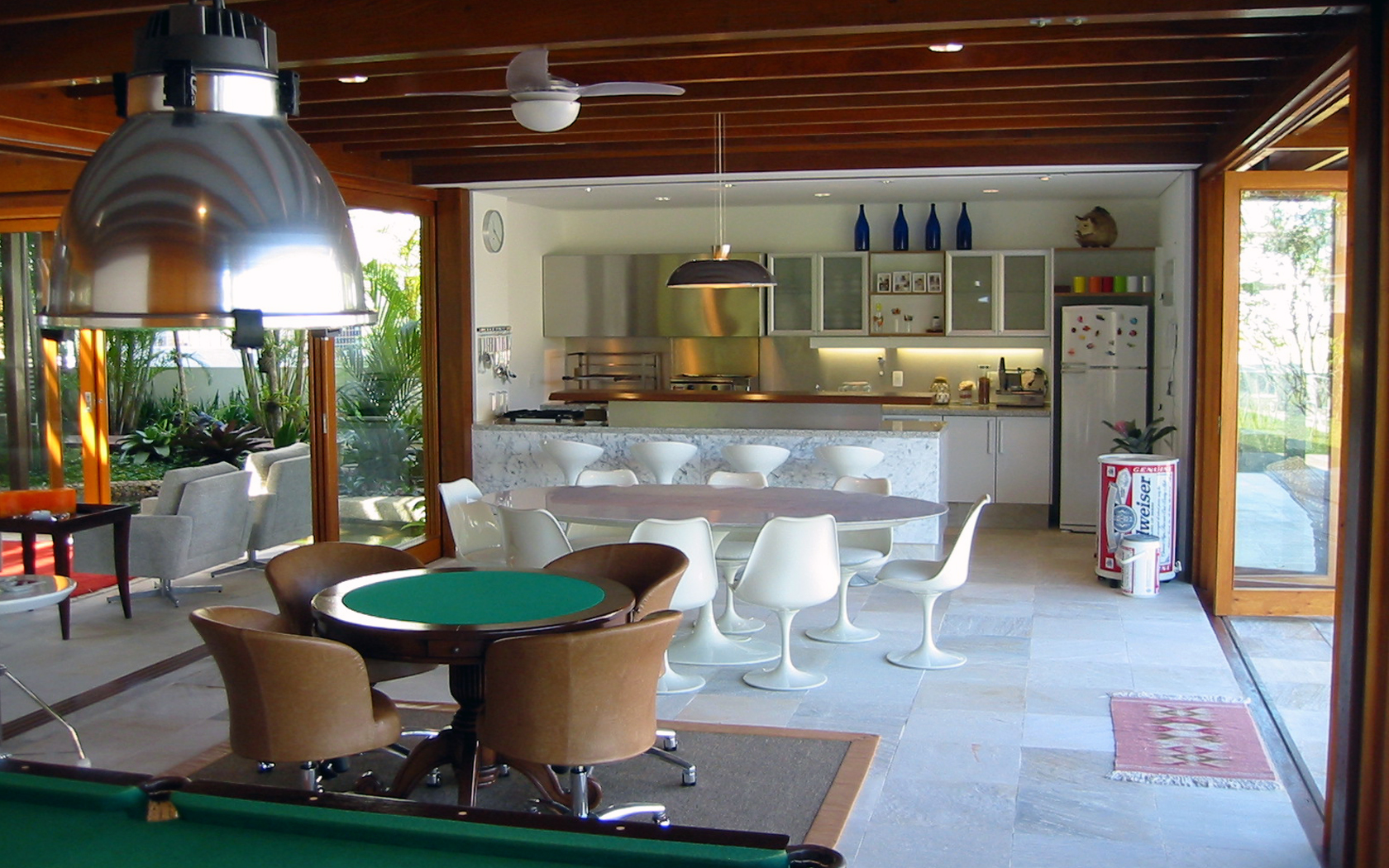